The Glass School in Leerdam was more than this name would suggest. Perhaps, the creative school can be considered as the Design Academy of the 1940s.

In the late twenties and early thirties, Andries Dirk Copier is defining for the design of the products of Glass Factory Leerdam. The designs primarily derive their quality from form and colour, and only to a limited extent from decorations due to modification of the glass surface. In the late thirties there is a turning point and when Copier founds the Glass School in the forties, a highly creative period begins. This period spans the Second World War and brings forth a new generation of designers.

An important foundation for these developments is laid at the Exposition Internationale des Arts et Techniques dans la Vie Moderne in 1937 in Paris, where Glass Factory Leerdam has a stand. Inspired by the figurative images on windowpanes, ceramic panels and lacquer work he sees there, Copier returns to Leerdam. The influences of the fair translate in his designs for flat glass for big passenger ships. In 1937, he designs windows with figurative representations of Adam and Eve and nautical subjects such as Neptune, water nymphs and fish for s.s Nieuw Amsterdam. In 1938 follows an assignment for the m.s. Oranje. Copier designs a big windowpane of sandblasted glass with a representation of a part of the zodiac. Matching tabletops for the First-Class lounge are also of his hand.

The new direction is confirmed in the Sonoor-catalogue of 1938, which contains for the first time a small number of objects that are painted with the help of a template. The decorated objects are depicted on the cover, which agrees with the importance Copier attaches to this new course. Soon thereafter, a collection with sandblasted motives is introduced in the Applied Art catalogue of 1940. It involves bowls and vases with etched decors and thick vases with deep sandblasted decors. This new collection is central to the exhibition ‘Het Glas 1940’, which is held at the Stedelijk Museum in Amsterdam in the spring of 1940.

The transition to more modification – which appeals to a greater extent to skills in diverse techniques – coincides with the realization of Glass Factory Leerdam that educating new employees during working hours is costly. On the eve of the Second World War, the Glass Factory decides to start evening classes for future glassworkers. On March 5th, 1940 the Glass School is established, a three-year course in which students are educated in the craft of glassblowing and glass grinding. With the addition of a decoration course (the ‘DEC’), the School for Glass Decoration and Refinement comes into existence in 1943. This decoration course, which is often compared to the German Bauhaus due to its diverse subject matters, would become the showpiece of Copier.

Through his acquaintance Mart Stam – at that moment director of the Institute for Applied Arts – Copier gets in touch with the recently graduated art teacher Sybren Valkema, that gets appointed as teacher in ‘aesthetic design’. The students get a much broader cultural education now. Besides art history and drawing classes, they also get acquainted with theater and other forms of art. Valkema and his students perform several plays. The school starts with eleven students: Cees den Hartog, Willem Heesen, Jo de Jong, Jan Kennedy, Floris Meydam, Dirk den Ottelander, Joop Reparon, Wim van Stek, Piet Vermeer, Wout Versteeg and Kees de Zwart. Some of them are from Leerdam, and often already employed at the Glass Factory Leerdam. A number of students enter from outside Leerdam. Until mid 1944 – when it gets harder to reach Leerdam and a lack of resources and fuel hinders work – and also after the liberation, a big flow of designs comes from this creative stronghold. Among them is the famous Liberation Vase by Copier.

The first decors for glass modification are virtually all of the hand of Copier, but gradually the number of designs by others increase: designs of Valkema and of the students, mainly of Floris Meydam, who turns into a glass decorations teacher within a year. The individual qualities determine to a large extent in what direction the students develop themselves. Some more in the technical direction as a grinder or engraver, others – like Willem Heesen – reveal themselves as a designer. The designs made by the Glass School can be grouped together along the lines of technique: grinding, etching, sand-blasting, spraying of templates, pen painting and also painting – a technique that had fallen into the background since its heyday in the twenties with Lanooy, Agterberg and Gidding. Some of the drawings show an explicitly represented theme, however, a big number is mostly practice of filling in surfaces. Although blank glass objects predominate, the Glass School also brought forth a number of very nice polychrome objects.

From religion to female nudes

The themes are diverse. The students practice with religious representations, which – with exception of the liturgic glass from the twenties – had not been a theme at the glass factory before. We also see classical and neo-classical depictions, animal figures – among which a remarkable number of horses, dears and underwater scenes, figures from the zodiac and a lot of female nudes. A first step towards the production of commemorative glass is taken with series of remembrance glass, souvenirs, children’s cups and objects with coats of arms. Sometimes, designs from the late thirties are adjusted for the Glass School and used again. Just like designs from the Glass School-period often return in commemorative glass later on. A beautiful example is the decor of a Taurus and Gemini on Copier’s window-pane for m.s Oranje. Later, this design was executed on a thick vase and eventually ended up on a sand-blasted vase in an abstract style. The latter was discovered by Kringloop Leerdam and became part of the collection of the Nationaal Glasmuseum via donation.

In September 1947, there is a big exhibition in the Stedelijk Museum in Amsterdam, in which works by students of the Glass School and their teachers are on show. It is ten years after the Parisian exhibition and the use of decorations is now generally accepted. The glass factory’s catalogue from 1948 also expresses this: objects with heavy grindings are included prominently. The decorated glass lends itself well as an anniversary gift, a market to which the glass factory can perfectly respond with its internally trained designers. Besides the Design department, a Commemorative Glass department is established in 1948. Floris Meydam and Willem Heesen provide a great number of designs for this department, but they develop themselves most explicitly as allround designers.

The Glass School and School for Glass Decoration and Refinement have been of great significance on Dutch industry. Not only did it lay a foundation for the post-war design track of Glass Factory Leerdam, a lot of graduates of the Glass School found their way to other factories and industries as well. In that sense the school had a great influence on industrial design in The Netherlands. All things considered, the Glass School was the Design Academy of the forties. 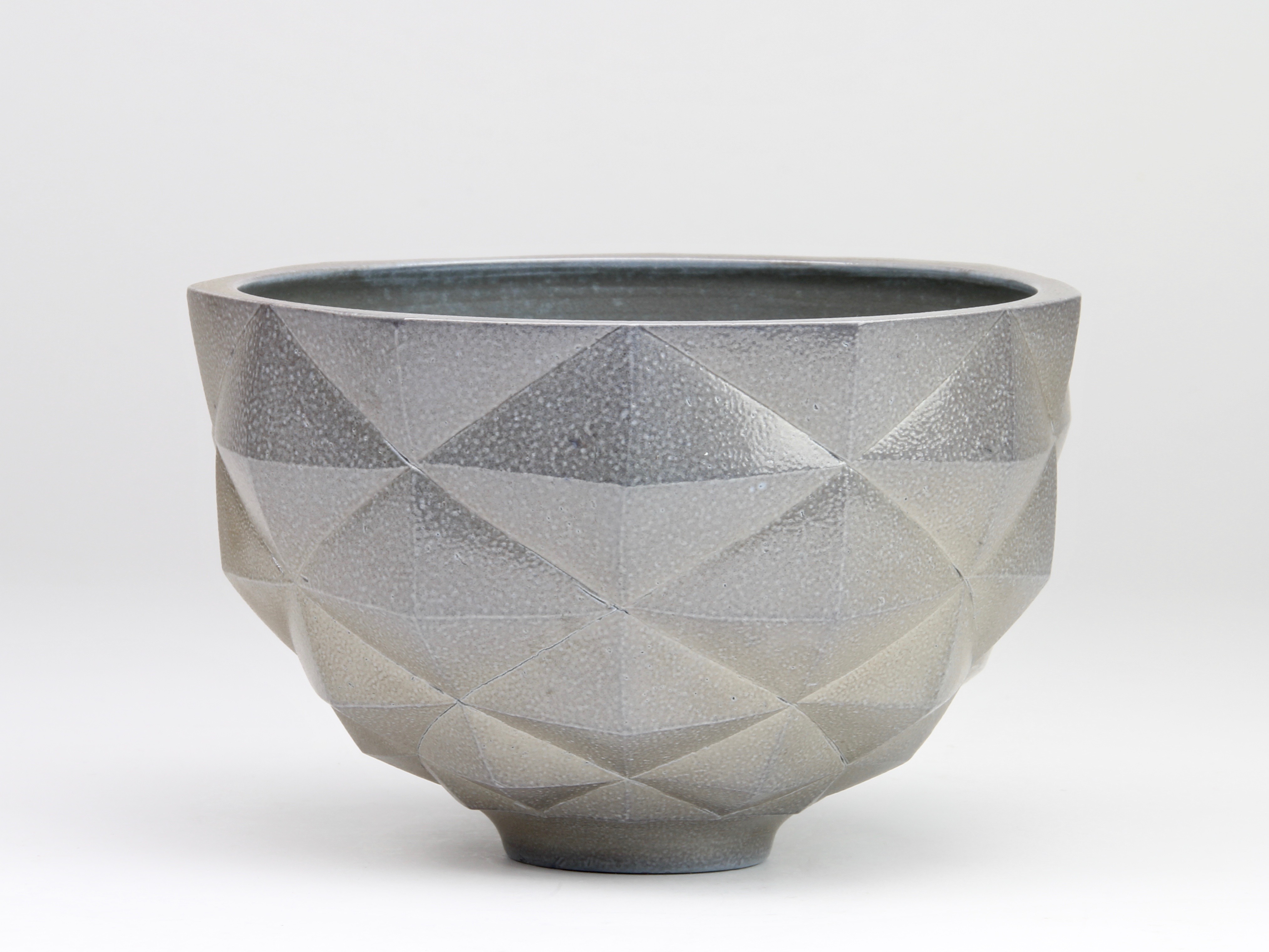