Hildo Krop (1884-1970) is commonly known for his title as Sculptor of the city of Amsterdam, which was given to him in 1956. But apart from being a sculptor, he also was a decorative and graphic artist. Originally trained as a pastry-cook, like his father, he chose to be an artist. He took painting classes at the Heatherly’s of Fine Art in London and at the Academie Julien in Paris. For forty years he worked as a sculptor for the city of Amsterdam. From 1919, Krop designed decorative and utility earthenware for the ESKAF (Eerste Steenwijker Kunstaardewerk Fabriek), of which his father was co-founder and director. Besides this he did commissions for furniture, tableware and carpets for clients such as Winkelman & van der Bijl, Steltman, N.V. Van Wijngaarden en Zonen, firm Nusink & Zn and ‘t Woonhuys. 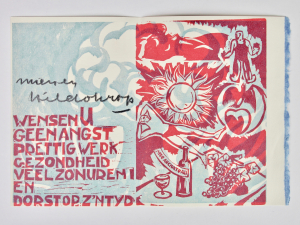 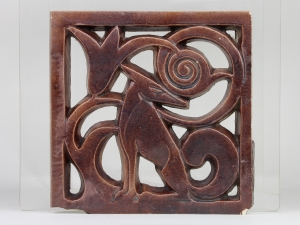 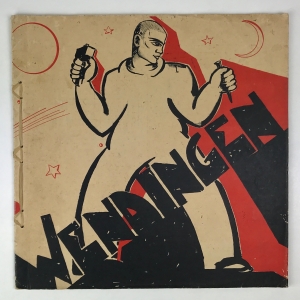 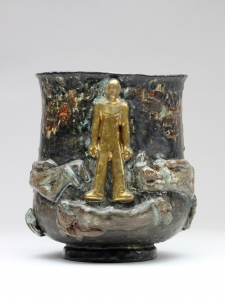 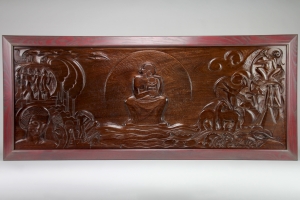 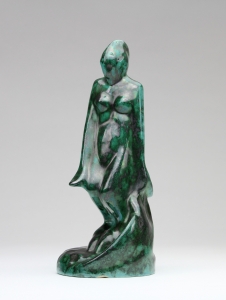 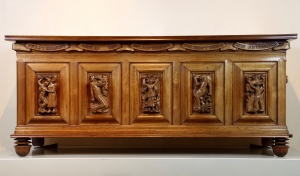 Hildo Krop, blanket chest for the wife of the artist, djati wood, 1948
sold 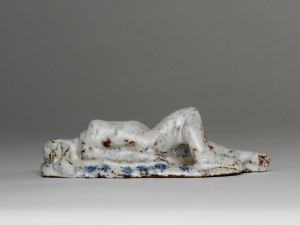 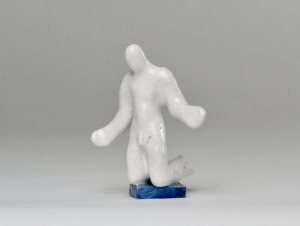 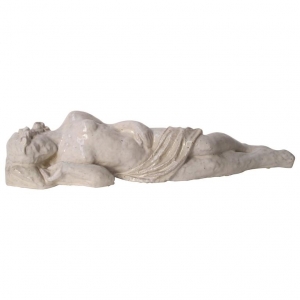 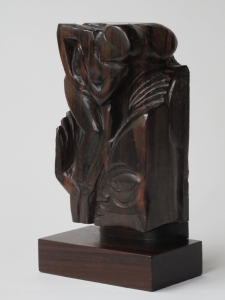