Willem Coenraad Brouwer (1877 - 1933) trained at the drawing school of W.J. Lampe in Leiden, after which he worked in the studio for book decoration and lettering of J.A. Loeber in Leiden from 1894-98. He worked for several years at Goedewagen as a potter before he founded his own ceramic company: Brouwer's Aardewerk Fabriek. Here he experimented with various techniques of turning and kneading. He also experimented with glaze mixing, streaming glaze, reflet métallique and crackle. His work was inspired by mathematical systematics and folk and applied art from the Dutch East Indies and New Zealand. The colours he used were derived from old Dutch earthenware. 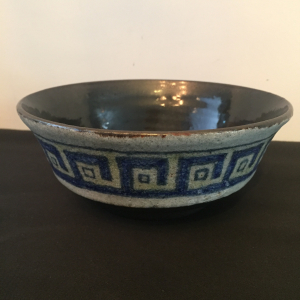 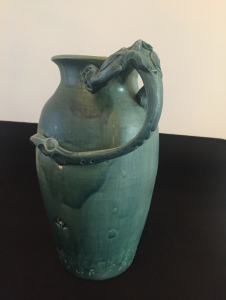 Willem Coenraad Brouwer, pitcher with applique of a lizard 1904
Price on request 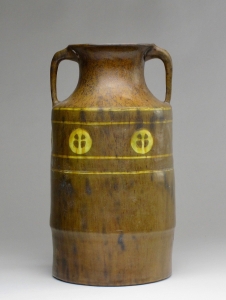 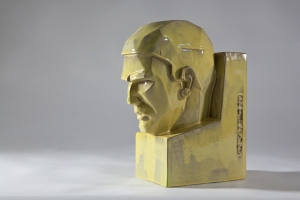