Hans de Jong (1932-2011) was part of a movement in the fifties of artists who wished to use ceramics not solely as applied arts, but as a medium for autonomous art. Humour and craftmanship play an important role in de Jong’s work, while utility is omitted. De Jong’s ceramic sculptures are figurative objects in their own right, in which he aims to fully employ the possibilities of the medium. This figurative element is a constant factor in his work, even in the case of his pottery and more abstract objects. Characteristic in de Jong’s oeuvre are his humoristic fantasy creatures and figures. Hans de Jong studied at the Institute of Applied Arts in Amsterdam, after which he started to work as an independent ceramist in the city. Later he also had studio’s in Laren, Westbeemster, Oegstgeest en Rheden. 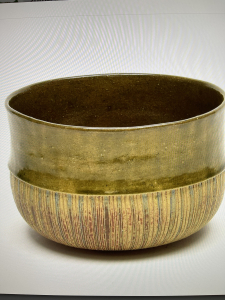 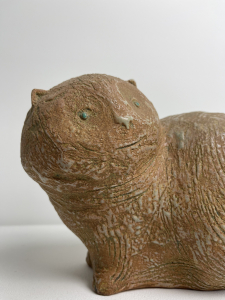 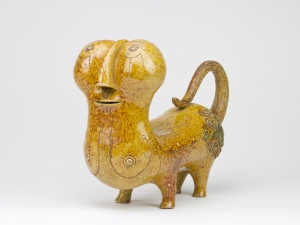 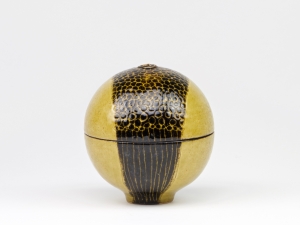 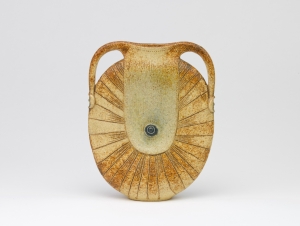 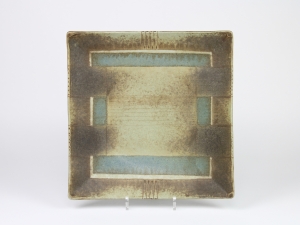 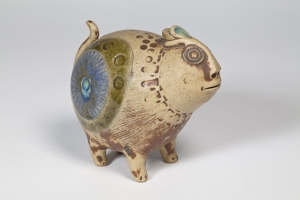 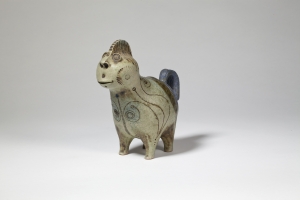