C.A. Lion Cachet (1864-1945) is considered, together with G.W. Dijsselhof and Th. Nieuwenhuis, as pioneer of the Dutch Art Nouveau. He introduced a completely new visual language of forms, font styles and patterns. One of the things he introduced was the batik technique from Indonesia that he experimented with. His style was almost un-Dutch because of his preference for labour-intensive techniques and luxurious materials. Lion Cachet worked as a teacher before he developed himself as a decorative artist in 1890. He decorated a large variety of objects, among them books, jewellery, furniture and posters. Besides this he worked on Gesamtkunstwerken. An example of this was the commission from Stoomvaart-Maatschappij Nederland (‘Netherlands Steamship Company’) to design the interiors of the passenger ships. Additionally, he was co-founder of Wendingen, an art magazine in the Netherlands that advocated the Amsterdamse School style. 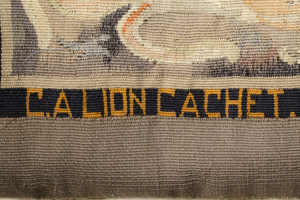 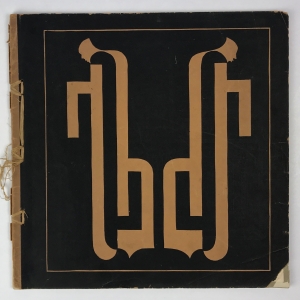 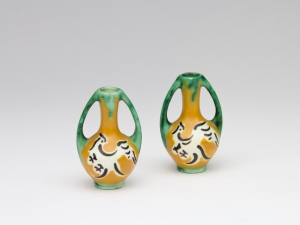