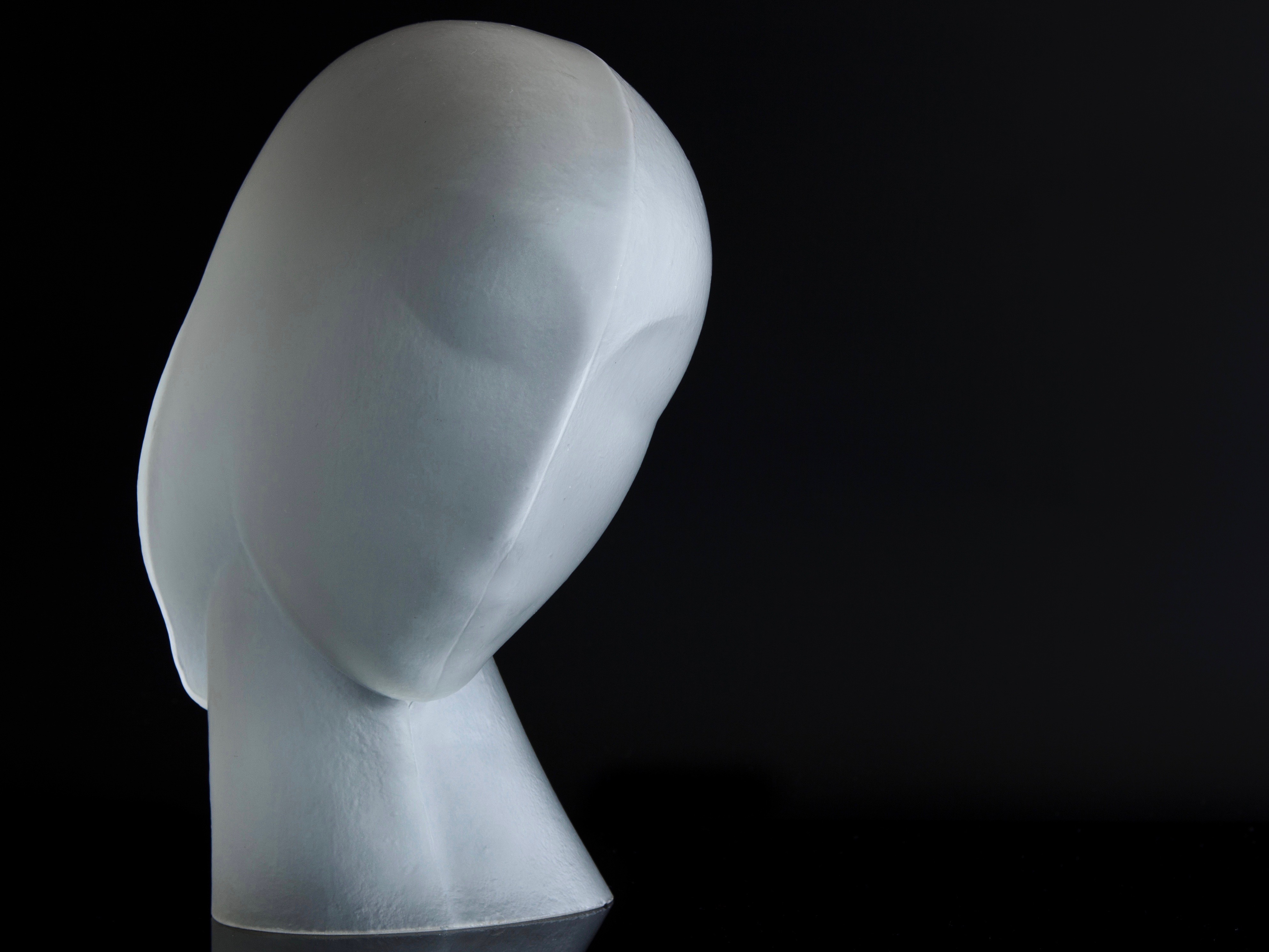 In 1925, the year that the Exposition Internationale des Arts Décoratifs et Industriels Modernes was held in Paris, Lucienne Bloch enrolled at the École nationale supérieure des Beaux-Arts. Here she laid the foundation for an oeuvre in sculpture in which 'Leerdam' would play a prominent role. The National Glass Museum in Leerdam dedicates a major exhibition this year to Lucienne Bloch and the Art Deco in glass.

In a short period (1929/1930) in which Lucienne Bloch resides in Leerdam, she designs a fine collection of small sculptures that is loved by collectors.

Under the reign of director P.M. Cochius, Glasfabriek Leerdam becomes a place where the artists are responsible for new design. Specifically, collaboration is also sought with sculptors to develop a collection of sculptures and architectonic elements. In 1928 the Glasfabriek already gains experience with a Madonna from Steph Uiterwaal and tiles for Hildo Krop. At the same time as Bloch's first designs, a mask by Cornelie Van Asch van Wijck is also executed. The unique circumstance under which Bloch can stay in Leerdam, the fact that she can immerse herself in glass and that she designs specifically for the material, makes her work a highlight of small glass sculptures. Referring to the glass Madonna of Uiterwaal, A.D. Copier, chief designer and artistic leader of the Glasfabriek, would later say: "I think what Lucienne Bloch did is better. She designed things that could be pressed and so here was a thing that needed to be pressed.”

The collaboration between Lucienne Bloch and the Glasfabriek origins in a coincidental encounter: during his trip to America in 1928 - on his way to Frank Lloyd Wright - Cochius meets the composer Ernest Bloch, father of Lucienne, and asks Bloch to contact him when he visits Amsterdam for a concert in 1929. This introduction is followed by Lucienne Bloch visiting Leerdam and working there for a short period in November 1929. After a unique hollow blown head – whilst pendeling between Paris, Berlin and Leerdam – Bloch creates in 1929 and 1930 a special oeuvre of small sculptures: fish, nude, duck, lioness, bookends and three car mascots. After the short period in Leerdam, Lucienne Bloch leaves for America, where she focuses on the new school that Frank Lloyd Wright is setting up. From America she sends several animal sculptures that are partly executed immediately (stag, frog, pig, squirrel, bee) and partly after the war (dachshund, duck, elephant, flatfish, crocodile). After meeting Frida Kahlo and Diego Rivera she becomes one of their employees and works as a muralist. The photographs she makes of Kahlo and Rivera are unique visual material that establishes her as a photographer. After the period in Leerdam, she hardly produces any sculptures. 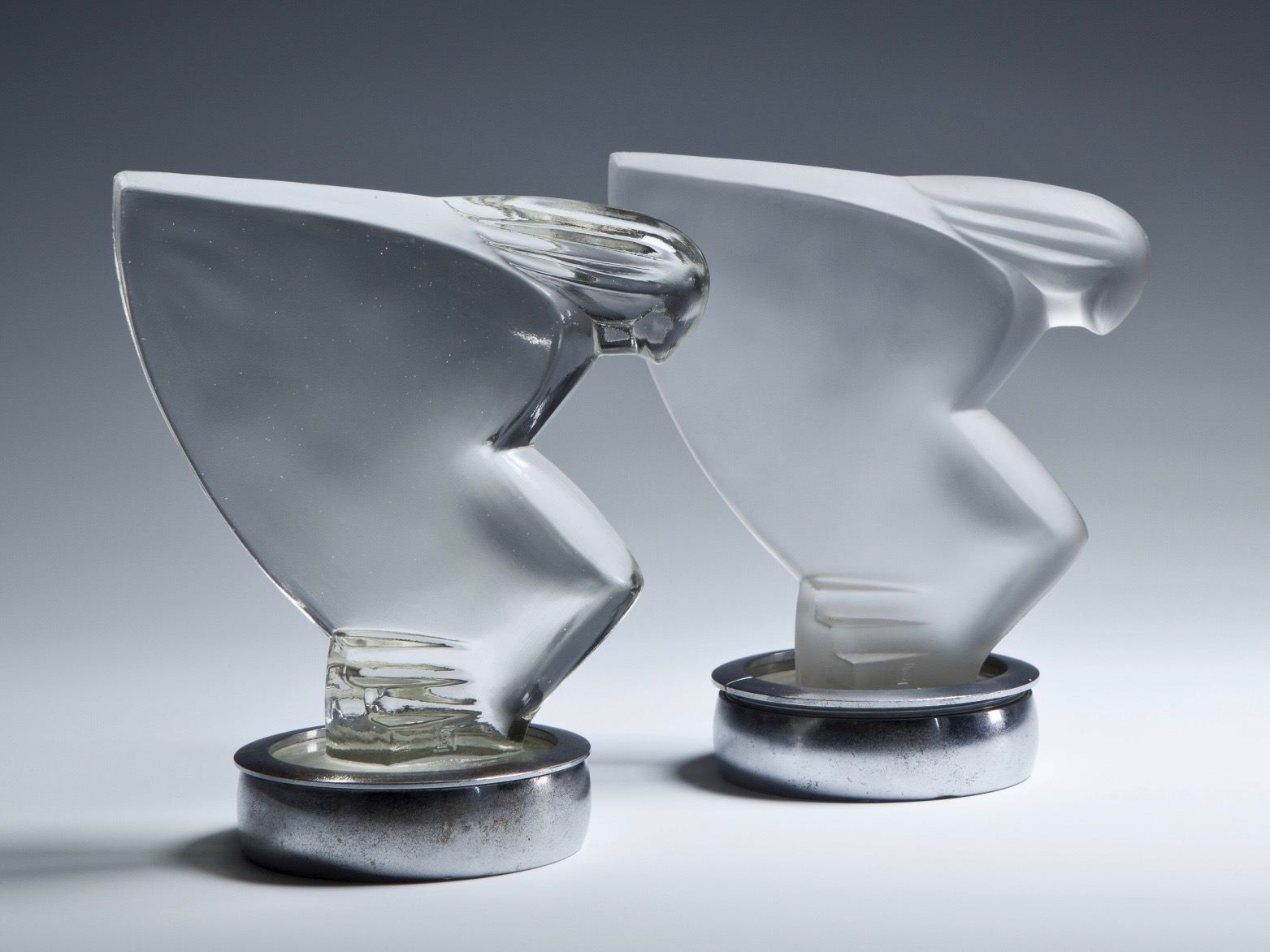 With the support of the Netherland-America Foundation, the National Glass Museum was able to conduct research in the family archive of Lucienne Bloch, situated just outside a coastal town on Highway One, about a three hours' drive north of San Francisco. In a small complex of buildings in the middle of the woods - where Lucienne Bloch herself lived since the beginning of the 60s - her daughter Crystal (named after Crystal Cochius, daughter of P. M. Cochius) and her granddaughter Lucienne in particular, manage her legacy. Bloch kept diaries with great enthusiasm and also wrote many letters to family members. This material - supplemented with photos and sketches - give a good impression of ​​the history of the various objects, enriches them and places them in context. In addition, a number of unexecuted sculptures could be identified and sketches and letters from Lucienne Bloch have brought to light vases from her hand. The versatility of Bloch can also be seen in designs for woodcuts and textile designs that have Leerdam as subject matter or of which it has been established that they were made in Leerdam.

Promise for the modern

Lucienne Bloch's descriptions of her life are more than personal anecdotes. The diaries of the young adult guest of the Cochius house reads, in a broader context, as a story about the time and milieu in which she lived. An environment in which, besides the luxury of many soirees, concerts and parties, she could also - albeit still to a very limited extent - experience the life of the workers in the Glass Factory. Her travels take her via ocean steamers and comfortable Pullman carriages to large cities or the high mountains of her native country Switzerland. In Leerdam, the young woman, being classically trained, gets the chance to build up a very modern and refined oeuvre that is a promise for the modern.

It sure is a funny place to be here in Leerdam. I feel sometimes bewildered at being after all in such a "lost" place on the globe I should better say "odd".  (5 december 1929) 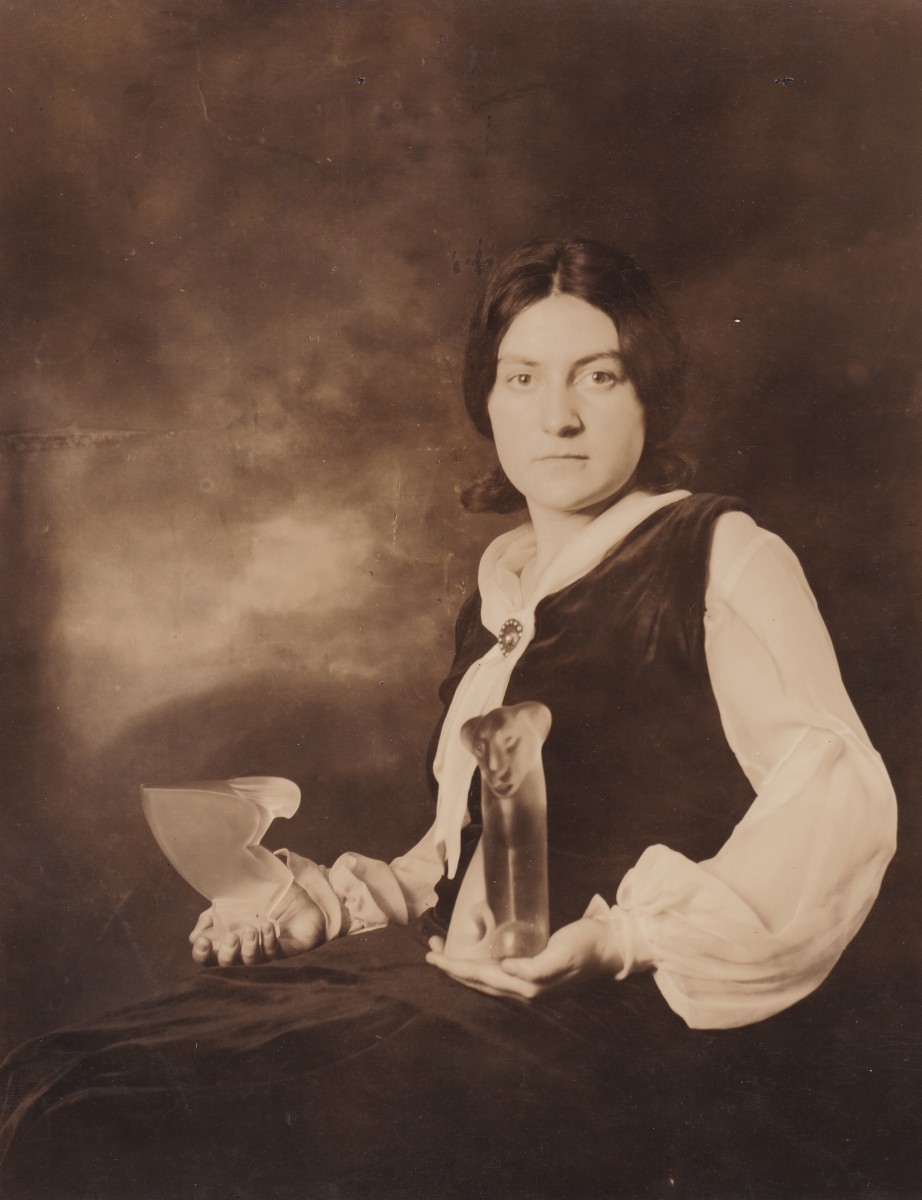 The hollow blown head depicted on top of this page was sold to the museum by Kunstconsult – 20th century art | objects. It is a major work by Lucienne Bloch and a highlight in the exhibition.

On 4 July 2018 Laurens Geurtz, the author of this blog, will give a lecture at Kunstconsult in Amstelveen. 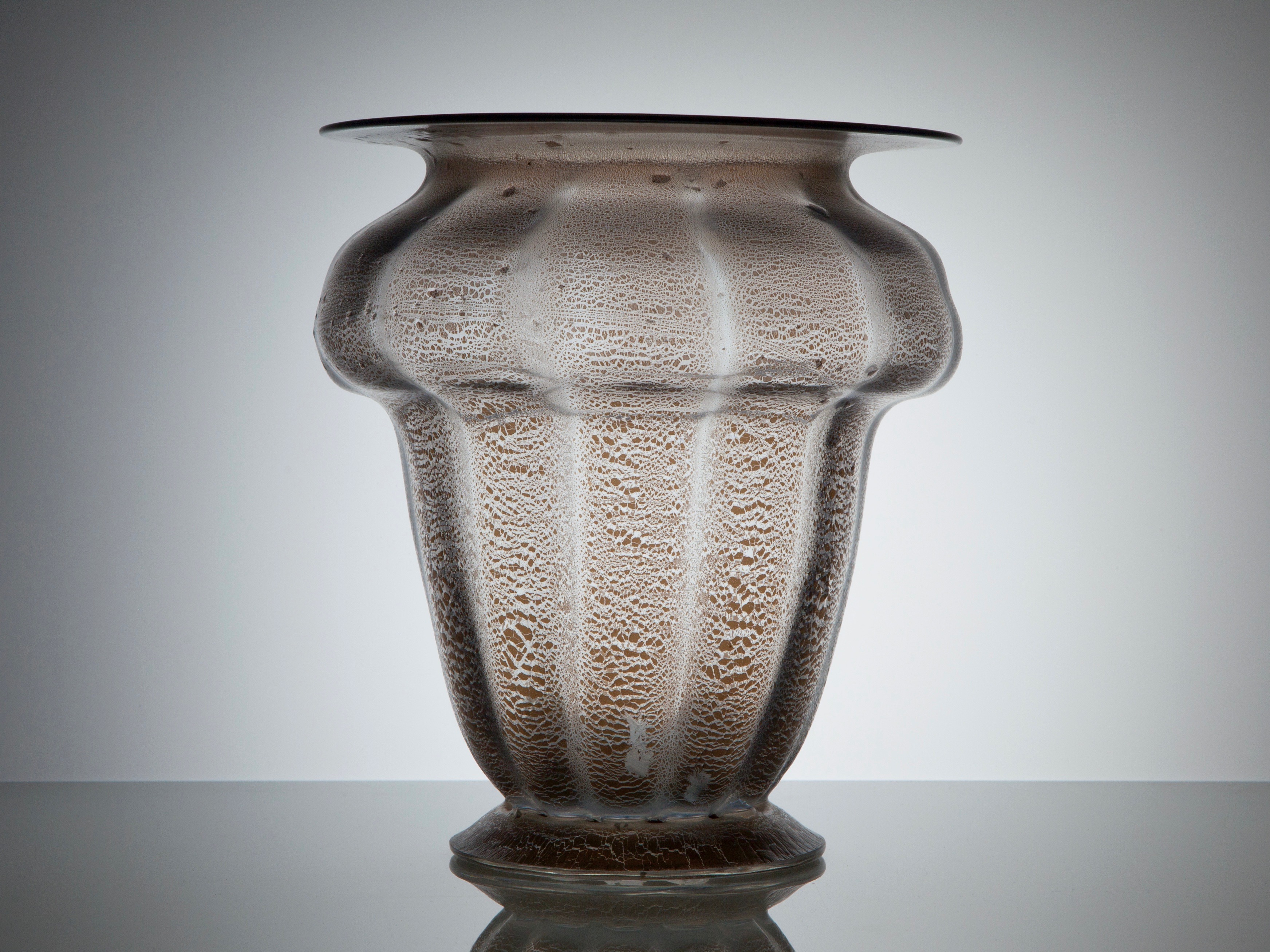 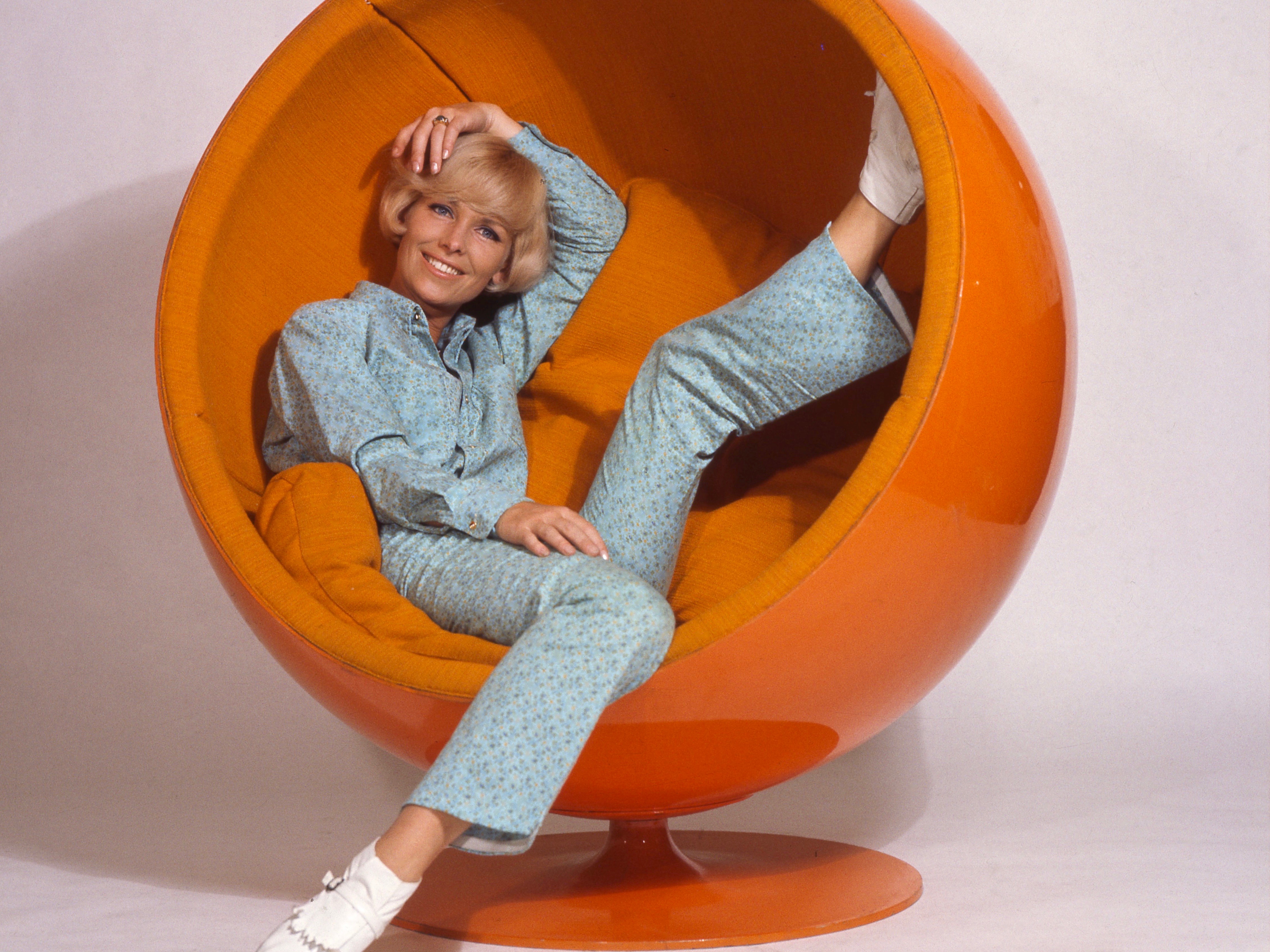 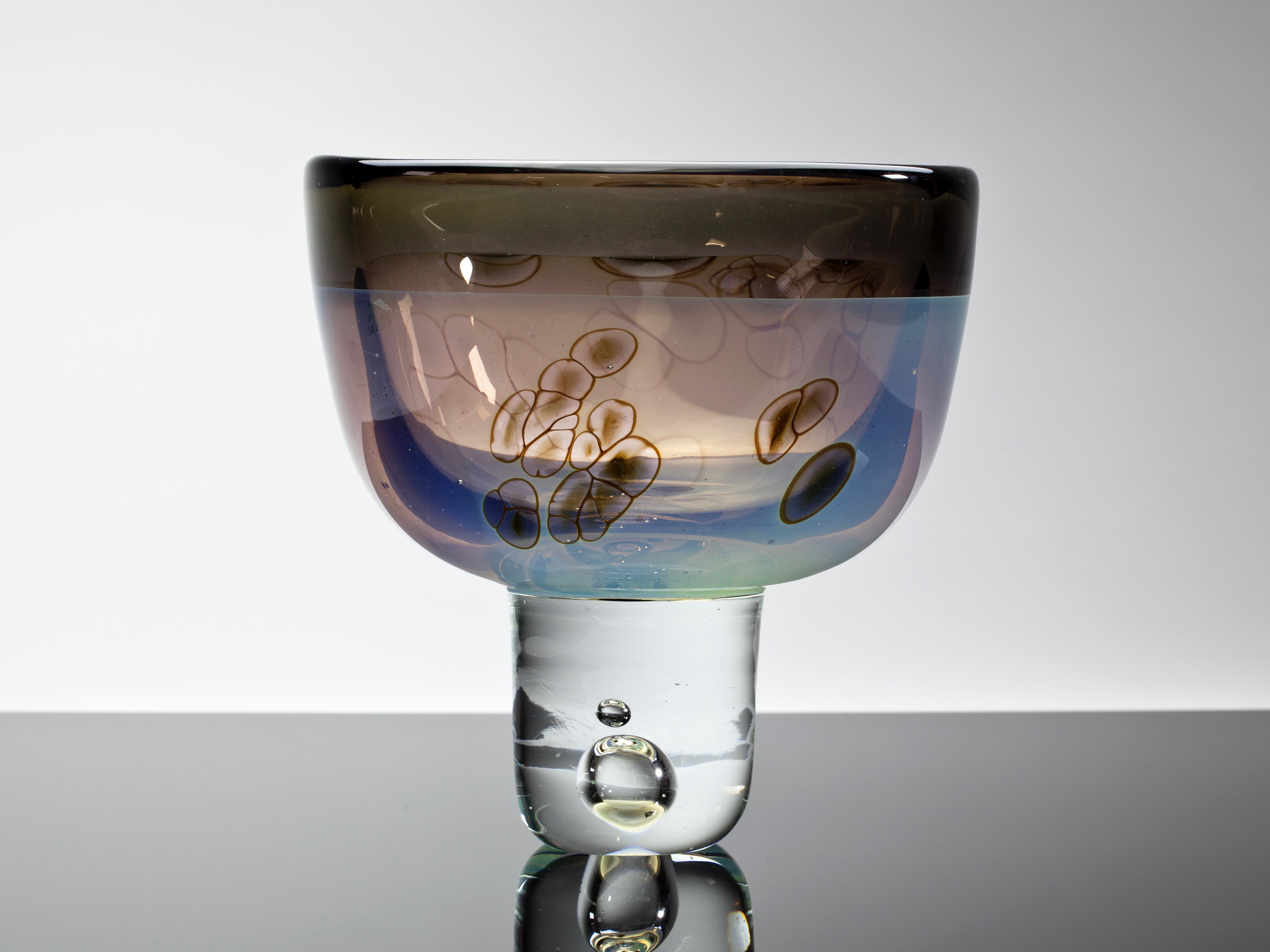 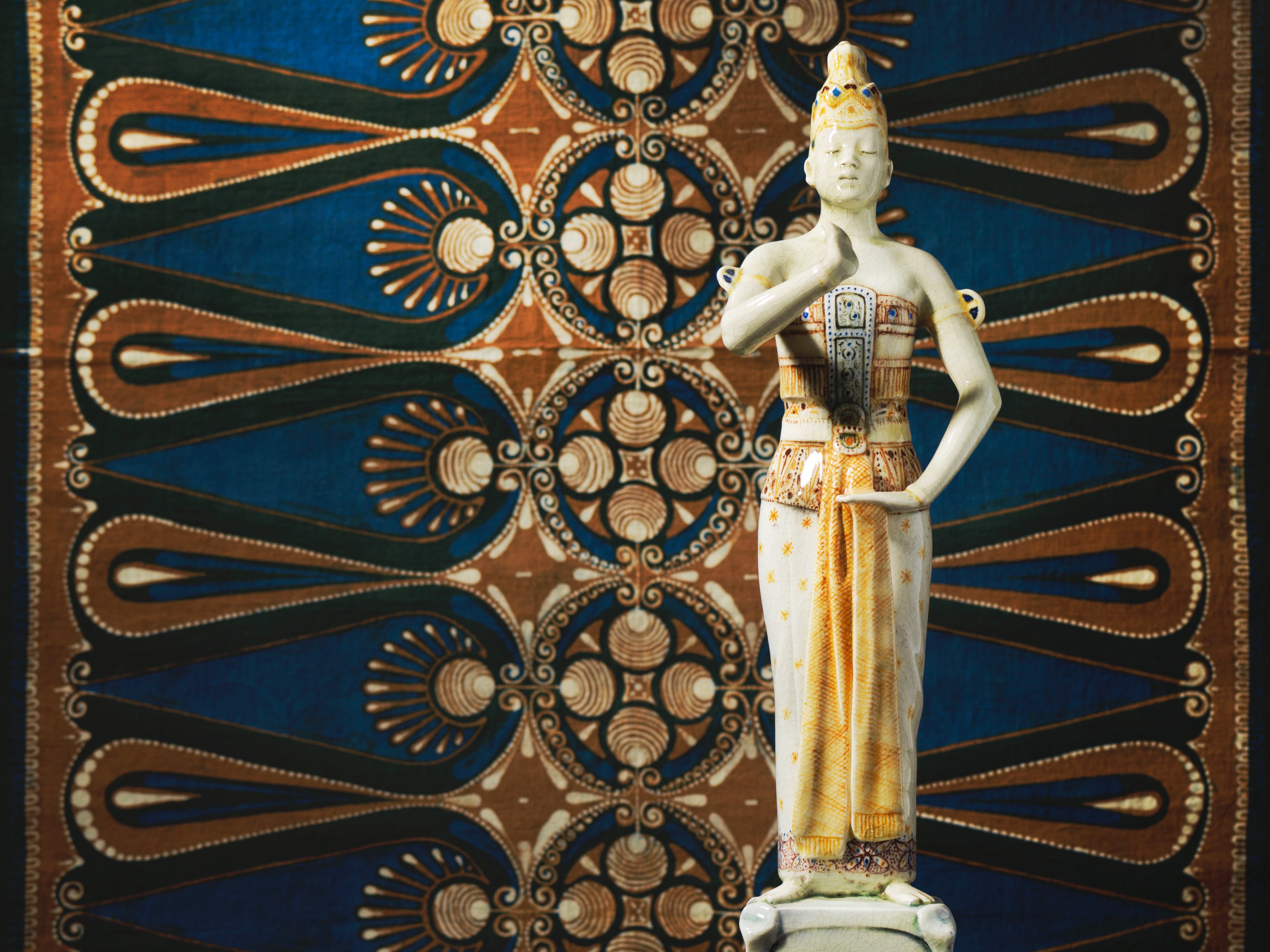