The Haagsche Plateelbakkerij Rozenburg was founded in 1883 by Wilhelm Wolff von Gudenberg, who had previously worked at the Porceleyne Fles in Delft. In 1884 Rozenburg started a collaboration with designer Colenbrander, who introduced original colourful decorations inspired by oriental architecture and stylised patterns from nature. Until 1985 the factory was run by several directors, but the profit results were disappointing. The new director of 1895, J. Jurriaan Kok, was able to change the course. Tableware, vases and candlesticks were produced in ‘eggshell porcelain’, which fitted the trend of the ‘Nieuwe Kunst’, the Dutch version of Art Nouveau. The decorations were influenced by Japanese art and depicted patterns of flowers and animals. Nevertheless, the success of these products, and the subsequent earthenware, tiles and the Juliana earthenware did not save the company after Jurriaan Kok left and the First World War broke out. 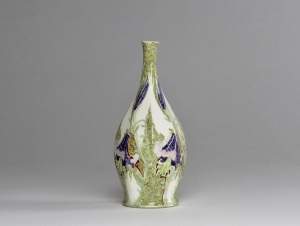 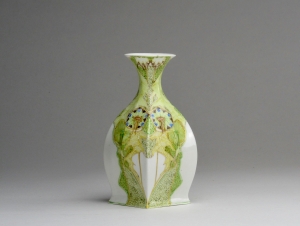 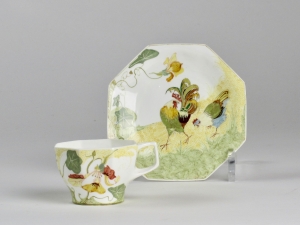 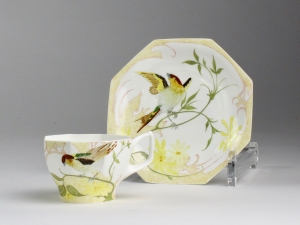