Michel de Klerk (1884-1923) is considered as one of the most influential architects of the Amsterdam School movement. Some of his famous designs are Het Schip and Het Scheepvaarthuis, which nowadays houses Grand Hotel Amrâth Amsterdam. In 1915 De Klerk became part of the furniture company ‘t Woonhuys in Amsterdam, which offered his designs in small series to wealthy customers.

The aesthetic appearance is given more importance than utility in de Klerk’s designs. The construction and material served as a means to an end: creating an aesthetic form. Organic forms, inspired by sea life and ribs, were combined with elements of folk art of Scandinavia, as well as German, Austrian and Scottish architecture. This led to a phantasmagorical furniture design with parabolic shapes, pointed turrets and jagged motifs. 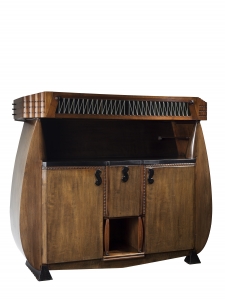 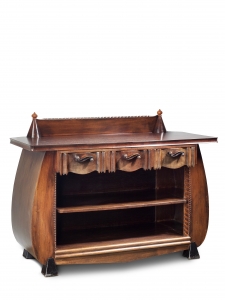 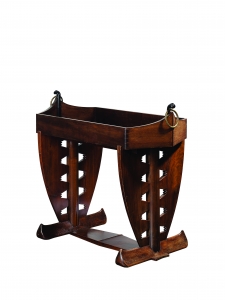