Kho Liang Ie (1927-1975) is well-known for his design of the interior of Schiphol Airport. His clear and functional style provided an optimal environment for the busy airport. Kho Liang Ie made many designs for Artifort. He was born in Indonesia and moved to Amsterdam with his parents at the age of 21. In Amsterdam he studied at the Instituut voor Kunstnijverheidsonderwijs. Here he was taught by Johan Niegenman, who was heavily influenced by the functionalist design principles of the Nieuwe Bouwen. Functionality remained a key element in the design career of Kho Liang Ie. 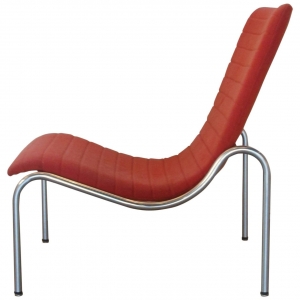