Johnny Rolf (1957) is a Dutch ceramist, drawing artist and sculptor. She started out working as a secretary. After her marriage to artist Jan de Rooden, Rolf developed an interest in ceramics. Therefore, she set up a small atelier at her parents’ house. Already in her early works, it became clear that Rolf was not afraid to explore new ways in ceramics. The forms of her works were from those of her colleagues. Johnny Rolf is guided by her imagination and feelings. She is inspired by the many travels she and her husband made. This way, she also learned many pottery traditions from all over the world. Rolf works with different kinds of clay, mixed with different types of chamottes. Moreover, she uses colouring engobes to decorate her works. Until 1966 her work is classified as pottery, later the themes in her works shift towards sculptures. Next to ceramics, Johnny Rolf also produces gouaches. 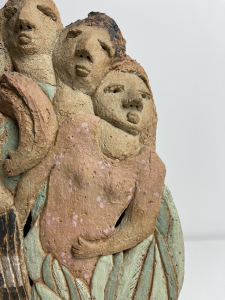 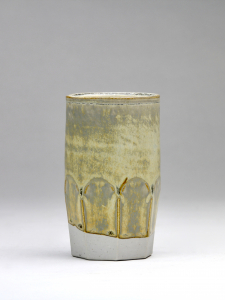 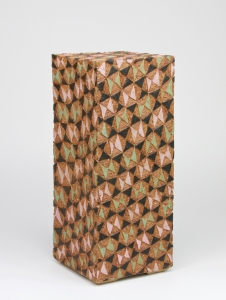 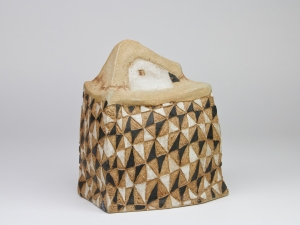 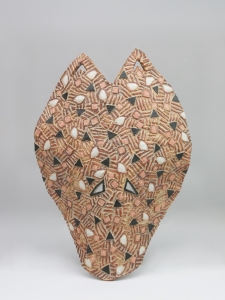 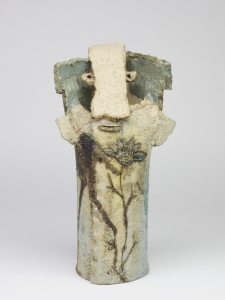 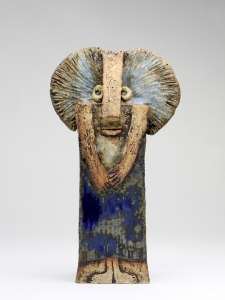