Hermann Friedrich Mertens (1885-1960) was an architect as well as a furniture designer. Mertens was born in Batavia (Dutch East Indies) but went to high school in the Netherlands and studied at the Technical University in Delft. In 1922 he established himself as an architect in Bilthoven. In his designs for water towers, he was inspired by the work of Michel de Klerk. After the Second World War he was concerned with the reconstruction of Rotterdam. 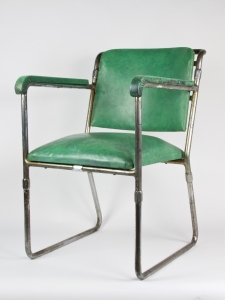