Allesandro Mendini (1931) is an Italian designer and architect who studied at the Politecnico di Milano. He played an important role in the ‘Radical Period’ of Italian design. Since 1966 several avantgarde designers developed a new, radical vision on design and society and in 1977 Mendini became a member of the interdisciplinary group ‘Studio Alchimia’. In 1989 Mendini and his brother Francesco began their own company called ‘Atelier Mendini’. His designs are characterized by a combination of different cultures and media, and a focus on values that were blurred due to commercialism and functionalism. 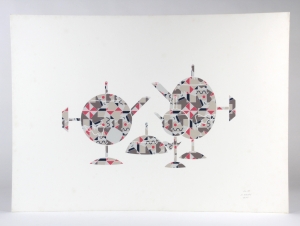