Willem Jan Rozendaal (1899-1971) was a Dutch graphic artist, artist and designer of glass and ceramics. In the period from 1924 to 1937, Rozendaal worked as a designer in Maastricht for De Sphinx and De Kristalunie. For De Kristalunie he made Manuvaria, which were based on the concept of the Leerdam Unica. Rozendaal considered this a craft, and designed several production methods for these objects. In 1937 Rozendaal moved to The Hague where he became a lecturer at the Royal Academy for Visual Arts in The Hague. Rozendaal's early work in Maastricht often has an oriental influence, while his later work has a more expressionistic style. 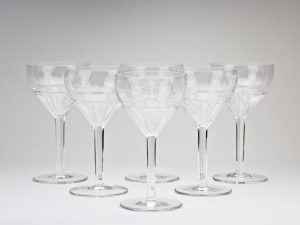