French jewellery designer and glass artist René Lalique (1860-1945) was extremely popular in his time as a modern designer. In his works he used typical Art Nouveau style elements, such as motives of flora and fauna and feminine shapes. His glass objects, among them vases and perfume bottles, looked incredibly luxurious and of high quality, but were at the same time designed in a way to make them mass producible. In this way, a large public was able to buy Lalique’s objects. Lalique studied at the École des Arts Décoratifs in Paris and at the Sydenham Art College in London. Back in Paris he worked for big jewellery stores such as Jacta, Cartier and Boucheron, before he started his own workshops. His jewellery was incredibly popular and in the following years he opened several workshops, among them the Verrerie d’Alsace glass workshop in Wingen-sur-Moder in Alsace. 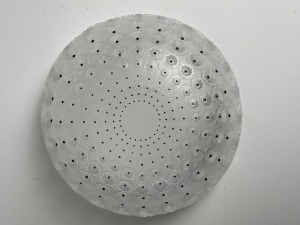 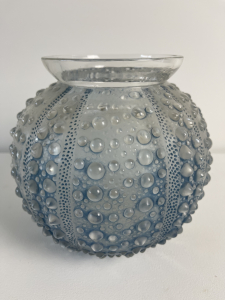 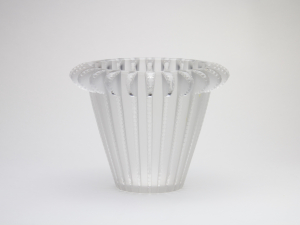 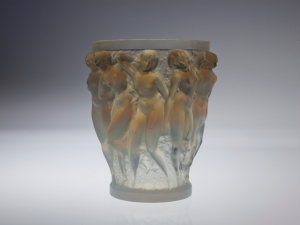