Pieter den Besten (1894-1972) studied at the Academy for Visual Arts in Rotterdam. After this he worked as a decorator, sculptor, draftsman, painter and graphic designer. He is generally considered as an Art Deco artist. For the Tuschinski cinemas in Rotterdam in Amsterdam, he designed the interior and printed matter. He also worked as a graphic designer for the Van Nelle factory in the 1940s and 1950s. 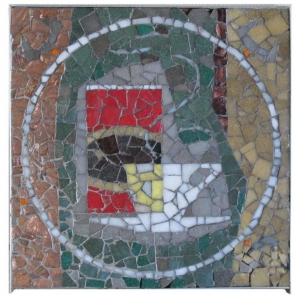