Johannes Cornelis Stoffels (1878-1952) was a designer of metal functional and decorative objects, with which he contributed to the Dutch Art Nouveau: ‘Nieuwe Kunst’. Stoffels was apprentice at the jewellery and silver company Hoeker & Zoon in Amsterdam and from 1892 till 1896 he followed a silversmith training at the Teekenschool voor Kunstambachten in Amsterdam. He worked for the firm Amstelhoek from 1897 till 1901 as a skilled craftsman under artistic director Jan Eisenloeffel. In 1902 Eisenloeffel and Stoffels started their own company, which they named Stoffels & Co. However, Stoffels & Co. did not exist for long, lacking a network of customers and a marketing budget. In 1903 Stoffels worked as a designer and draftsman at Onder Den Sint Maarten and from 1906 at W.J. Stokvis, where he was promoted to artistic director in 1912. From 1936 to 1952, Stoffels was a teacher at the Polytechnisch Bureau Nederland. 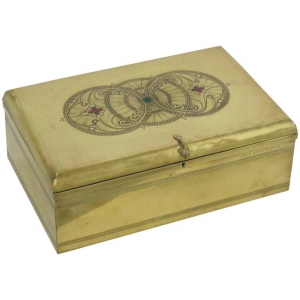 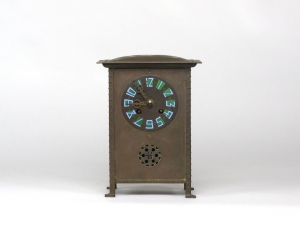 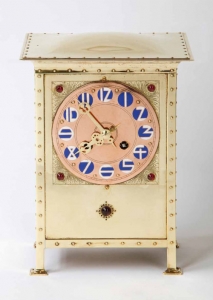