Ivan Weiss (1946) is a Danish ceramist. He was introduced to ceramics at the young age of sixteen, when he got employed at Royal Copenhagen. Afterwards he studied in Japan for a few years. While he was here, he was inspired by Japanese and Chinese calligraphy. Weiss was employed at Royal Copenhagen from 1972 until 2004. Since then, he has worked on a freelance basis for the factory. During his carreer, Weiss has developed a broad oeuvre. He uses different forms, decorations and materials like porcelain, earthenware and stoneware. He also made a large variety of objects, like small porcelain boxes and big earthenware pots. His work can be found in several museums all over the world. 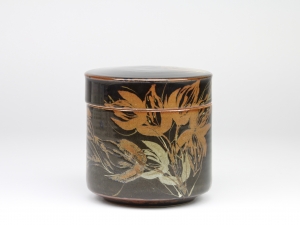