Friso Kramer (1922) always sets function as the priority in his designs; showing the personality of the artist in designs is according to him unnecessary. Kramer studied at the Institute of Applied Arts Education in Amsterdam, of which Mark Stam was director at the time. Here he was taught in line with the Bauhaus principles. Bauhaus stood for an ideal of design in which ease of use and functionality were the main priorities. From 1948 to 1963 Kramer worked as a designer for De Cirkel, for whom he designed the famous Revolt chair. In 1963 Kramer started his own design firm Total Design. In 1971 he returned to De Cirkel, which had been taken over by Ahrend. Until his retirement in 1983 Kramer remained head of the design department of Ahrend. 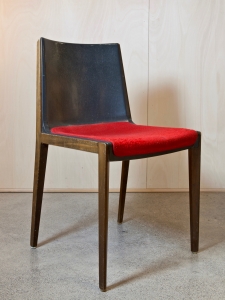