Charles LeMaire (1897 – 1985) was an American costume designer for movies as well as musicals. During the 1920s he started his career. He quickly became very successful and was appointed executive designer at Twentieth Century-Fox. During the 1950s he established his own company in Hollywood. Thanks to LeMaire, a special Oscar was introduced for costume design. During his career he has won three of these Oscars and was nominated thirteen times. 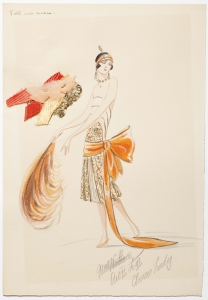