Babs Haenen (Amsterdam, 1948) studied from 1974 to 1979 at the Ceramic Design department of the Gerrit Rietveld Academy in Amsterdam. In 1979 she had a studio with Gerard Blaauw in Amsterdam. In 1986 she started her own studio. Haenen has taught at various academies, including the Gerrit Rietveld Academy and the Design Academy in Eindhoven. Her works are expressive. Haenen applies a unique technique in which she treats porcelain like textile. She molds the porcelain by hand, first colouring the clay and then rolling it out into various thin patches. By then re-joining these pieces and forming them into a whole, she creates painterly abstract designs. 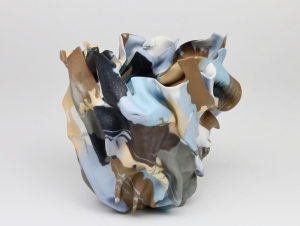 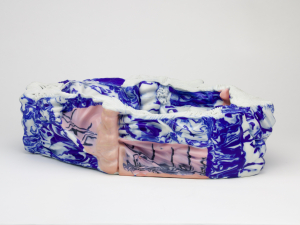 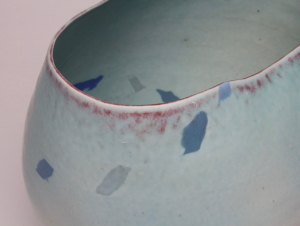 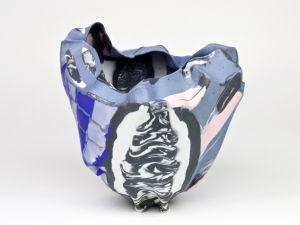